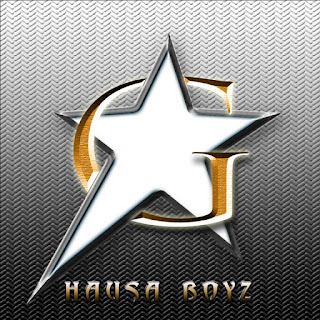 GMA is an upcoming artist based in the ancient pyramid city of Kano. He is an artist under his crew's self-acclaimed label, G-Star Boys. He drops his first official single titled "Never Leave" which features Ricqy Ultra.

"Never Leave" is a song that contains rich words that will make a girl wow. GMA tells a story about the girl that means the whole world to him. He promise not to leave her no matter what it will take.

With all these promises, he engaged one of Northern Nigeria's feared and revered emcee, Ricqy Ultra a.k.a Mahakurci Mawadaci. The rapper produced a deep lyrical cover for the song with a blend of English and Hausa rap. His unique rap style is second to none and he know exactly what to deliver.

Who says real rappers don't know anything about love? Download and listen carefully while putting the song on repeat.

The song was produced by Kano City's own, NexceZz Beatz.
By HAUSA HIPHOP - October 18, 2016 No comments: 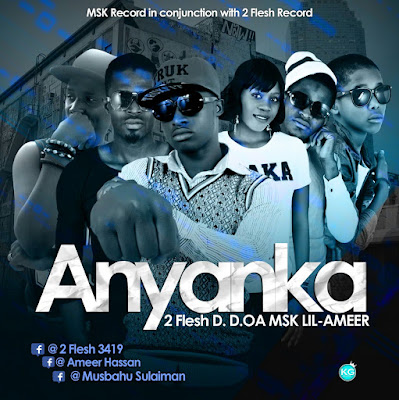 Dropping out fresh from two record label acts are 2Flesh the D.O.A and MSK/Lil Ameer collaborating under the labels MS Records and 2Flesh Records with the sonng "ANYANKA".

This is a latest project and an effort from both labels to deliver something out of the extraordinary to the hausa hip-hop lovers. "ANYANKA........ ta tashi" is a proverbial statement which means "from frying pan to fire".

ANYANKA has a complete hip-hop flava with rich lyrical rap skills that will gladden your ears. With a distinct feminine representation in the song, 2 Flesh the DOA is comprised of Skylex, Doc Tug, B.O.G and their new lady Aglexxy, all switching lanes within the 3 verse song. 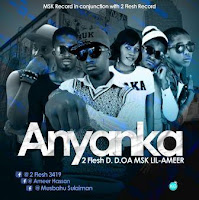 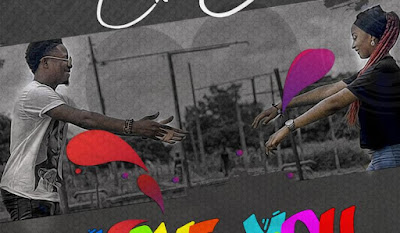 ClassiQ knows what it takes to drop a hit. No doubt this song will get you hooked up and call for cupid to lend you an arrow.

ClassiQ drops the visuals to the song I LOVE YOU which features R&B songstress Avala. For the ClassiQ followers, the song was previously on his debut Mixtape Album "Sarki".

Watch the video below

This video features Kannywood's screen goddess and one of the most beautiful and delectable faces in the movie industry, Rahama Sadau. The sensational Kannywood/Nollywood star acts spread her aura across the video in her vixen role for the Arewa mafia artist.

ClassiQ will be dropping another visuals to his new single soon titled KAWAI which is popularly becoming a national anthem among the streets and social media platforms.

The video was directed by Bash’Em.

Connect with this artist via 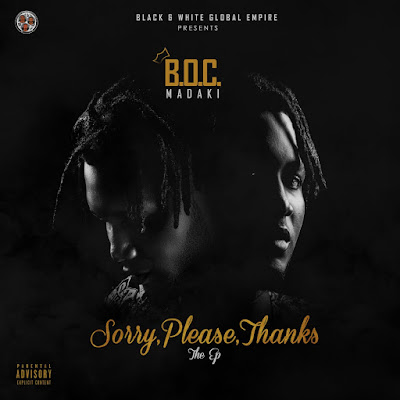 The EP album is a complete hip-hop template for any Hausa Hip-hop listener. The EP "Sorry, Please, Thanks" contains features from Pheroshuz, Kenny Wonder, Lee Rhymes and C Man. Others include Abyssinia, Stesh and  Black House.

The 13 track album has a lot of rich contents with 7 dope producers registering their skills on it. they include Shambee Puzzle, Cman, Eskay, Kenny Wonder, Sarom, Benzeeno and Sinama Beat.

Most of the songs were mixed and Mastered by CMan with the exception of Do That by Kenny Wonder and Himma by Balami. 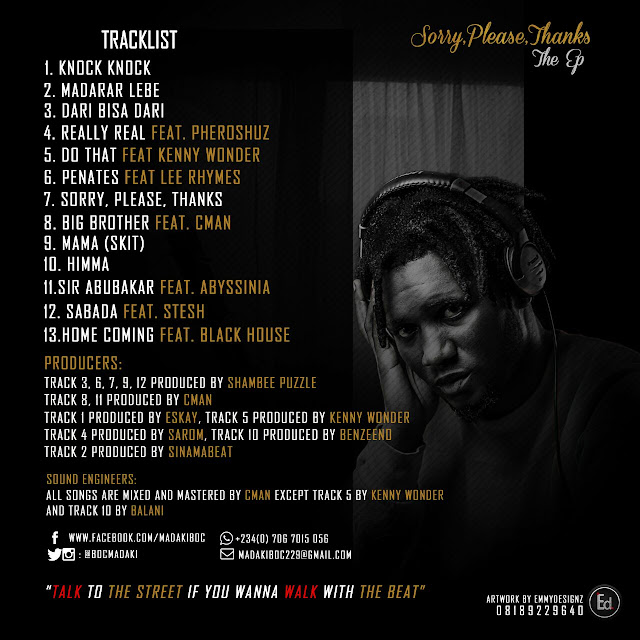 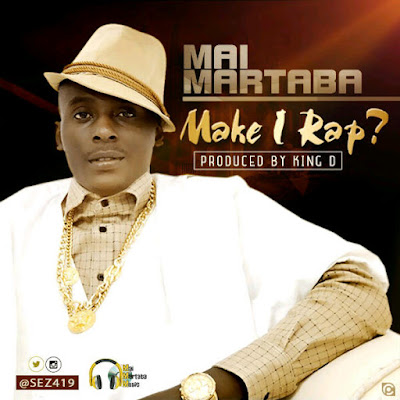 The prolific rap artist has been in the game for over a decade. His Unique lyrical prowess and content is off the hook. This song will definately vibrate your ear drums.

The song which fuses ‘Hausa‘ and English lyrics, would sure leave you nodding your heads.

Sez is set to drop his upcoming Mixtape titled “MAGANA JARI CE” slated to drop by the December.

The song was produced by KING D 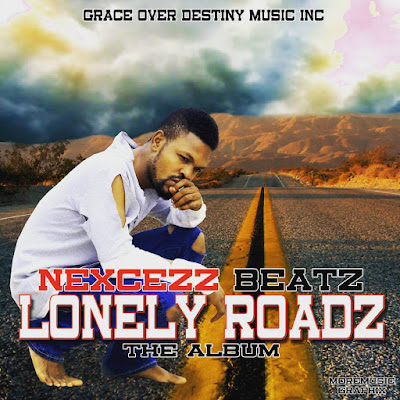 NEXCEZZ BEATZ needs no special introduction except but to a few. The name is quite known to so many as a producer.

NexceZz has taken a step further to drop his first official studio album tagged "THE LONELY ROADZ". The album is going to be the next big thing coming out of Arewa Hiphop Music, according to NexceZz Beatz. THE LONELY ROADZ is an album that speaks about me. 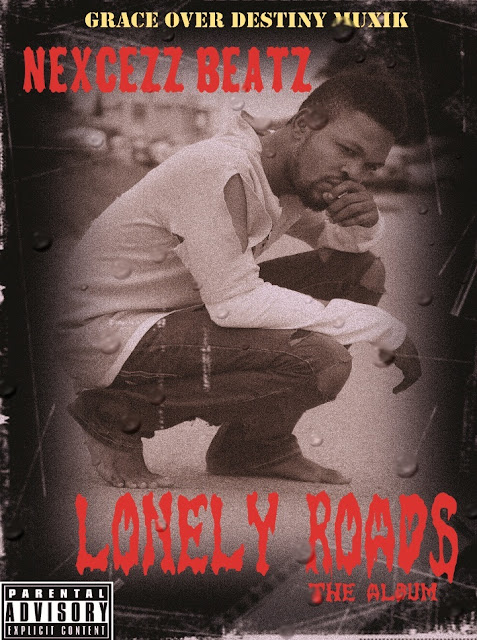 THE LONELY ROADZ is a 16-track album with guests artists on the list. Among the artists featured include RICQY ULTRA, YONGXAM and WHIMZ C. Others include Mnas, Above, Rouxy Fresh, AJ Beatz, 1 Syde,Detektive MBK and Ajebzy.

NexceZz Beatz is a seasoned producer as all song were produced by him.

Mixed and mastered by NexceZz Beatz, the album will go a long way in defining how talented this producer, songwriter, lyricist, composer, pianist and vocalist is relevant to the hiphop game, not only within Arewa but Nigeria as a whole. 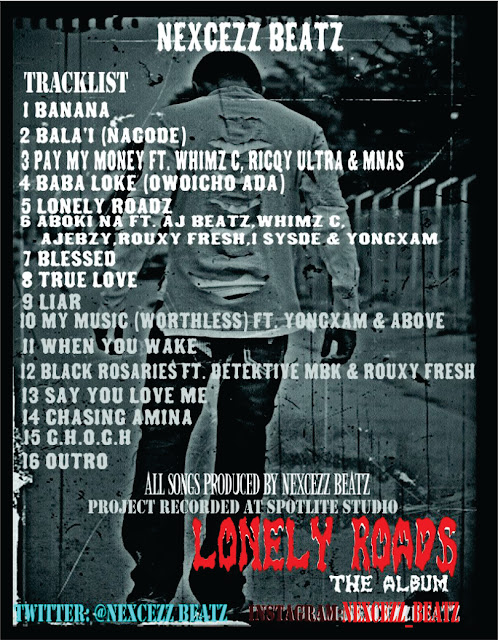 Email ThisBlogThis!Share to TwitterShare to FacebookShare to Pinterest
Labels: MIXTAPE 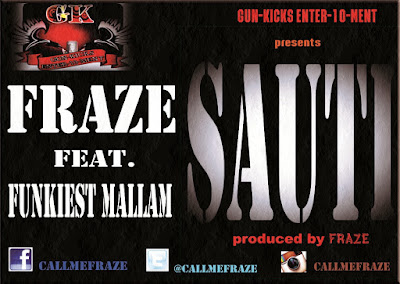 FRAZE drops this exciting song titled SAUTI officially from his forthcoming Mixtape album. He has released a single previously titled ABUN DADI which was a tribute song to the legendary Barmani Choge.

"SAUTI" is a word which literally means SOUND or MUSIC, is an upbeat song that will make you move your feet no matter how weary it may look.

The song features FUNKIEST MALLAM and it encourages everyone to stand up and dance to this song.
Produced by FRAZE himself, no doubt he is multi-talented in his own way.

Download this uptempo song and add it to your party playlist before it gets cold.