Kannywood will not ban Maryam Booth 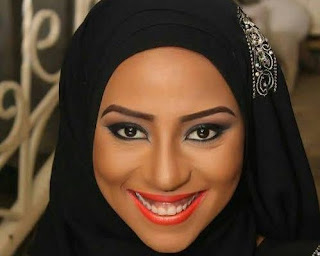 The Kannywood Guild of Artistes has reacted to the viral nude of indigenous Hausa movie actress, Maryam Booth. The actress will not be facing any ban as far as the guild is concerned considering the fact that her actions were not intentional.

Recall that Maryam Booth released an official statement concerning the release of the material by her ex-boyfriend Deezell.

Although Deezell later released an official statement distancing himself from the purported release of the clip, investigations are still ongoing as claimed by Kannywood.

Alasan Kwalle who is the Chairman Kannywood Guild of Actors revealed that according to reliable information given to them, it was a blackmail against the young actress and the case has been taken to relevant authorities for further action. "She will not be banned because of this. Maryam cannot be allowed to take the fall as the video was released without her consent" Kwalle revealed.