#EndSARS: Nigerians protests to call an end to the unit 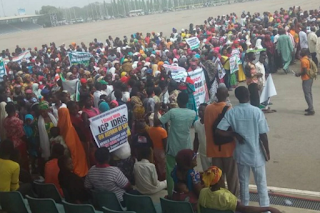 Hundreds of Nigerians have taken to the streets of major cities nationwide calling on the government to completely scrap the Federal Special Anti-Robbery Squad (SARS) of the Nigeria Police Force (NPF) for several alleged acts of misconducts.

Over the past week, the internet has been awash with a lot of anger directed towards one of the country's most notorious law enforcement units. In a coordinated #EndSARS protest currently taking place in cities like Lagos, Abuja, Port Harcourt, Warri, Ibadan, Akwa, Makurdi, Jos, Kaduna and Owerri on Monday, December 11, 2017, Nigerians protested against the alleged brutality of the unit.
Members of the OurMumuDonDo group on Monday, December 11, took to the streets of Abuja to protest the activities of the Special Anti-Robbery Squad unit of the Nigeria Police. The group alongside other groups began a nationwide protest in major cities across Nigeria, including Lagos, Kaduna, Owerri, Port Harcourt, Warri, among many others. The group in a statement had said they are protesting the highhandedness of operatives of SARS. 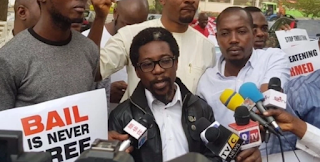 The group said: “We are appalled by the stories told by victims, friends and family members of victims who have recounted experiences of extortion, torture, murder and disappearance of friends and loved ones.

“These stories, many supported with pictures and videos, told by thousands of Nigerians about their suffering in the hands of men of the unit show that indeed the unit has outlived its uselessness and has become a menace to the Nigerian society.” Speaking at the protest the convener of the Concerned Nigerians group, Deji Adeyanju, said the SARS pride themselves with he fact that Nigerians fear them. 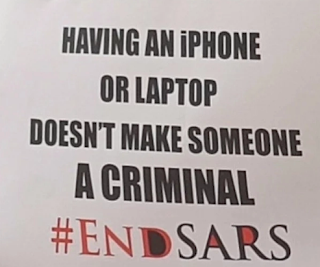 “The people that they (SARS) protect should love them. Yes, the people can fear them but there must be mutual respect. The SARS has bastardized their reputation by extorting the people,” Adeyanju said. “All the stories on social media are very scary,” he added. The nationwide campaign to scrap SARS is led Segun Awonsonya, the convener of the #EndSARS protest. This also led to the outrage on the activities of the SARS unit of the Nigeria Police which began on social media. 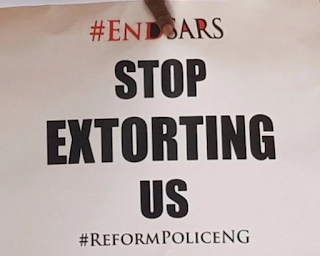 Awonsonya said the stories over SARS activities is an indication that the unit has outlived its purpose. “We demand for an outright scrapping of the SARS unit of the Nigeria police,” he said. He also called for a public hearing at the National Assembly to enable Nigerians table their grievances, investigation into crimes committed by operatives of SARS. “We give the authorities 21 days to meet the demands or force us to take other measure to embrace them into taking actions,” Awonsanya said. 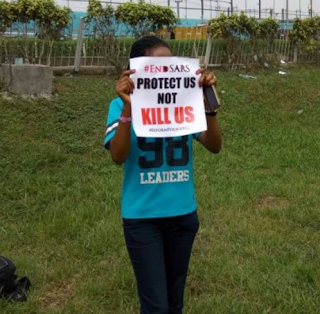 Other groups involved in the protest include Coalition In Defence Of Nigerian Democracy, Public Interest Lawyer and the Campaign For Democracy. Meanwhile, Nigeria Police authorities have organised a counter-protest to the #EndSARS rally in Abuja tagged #SupportSARS.

The police have been circulating the hashtag #SupportSARS on social media and have called on media organizations to report on their rally in Abuja supporting the police.

The outrage resulted in the Inspector General of Police, Ibrahim Idris, ordering for a reorganisation of the unit on Monday, December 4.
Under the new reform, state Commissioners of Police are now the overall heads of the Federal Anti-Robbery Squad nationwide, meaning the unit now operates in the State and Zonal Commands with immediate effect.
The IGP also ordered for all SARS personnel nationwide to undergo a new training program to be organized in collaboration with some Civil Society Organizations (CSOs), Local and International NGOs, and other Human Rights Organizations. Despite the public outrage against SARS, a group of youths in Rivers State took to the streets of Port Harcourt to march in support of the unit and against the campaign targeted at eliminating them. 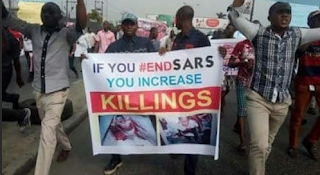