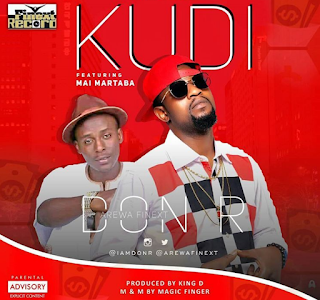 Don R a.k.a Arewa Finext is an R&B singer with a uniquely blended style that really makes him one of the most reverred artist in Arewa. KUDI is the latest single dropped by the artist.

KUDI is a hip-hop song which tells a story about the fly-nature of Don R and his partner in crime, Mai Martaba as they try to tell everyone who cares to know that they've got the money. The song has a blend of Afro-pop as voiced by Don R with element of Trap and the vocal prowess of both artists on the song is really awesome.

KUDI was produced by KING D