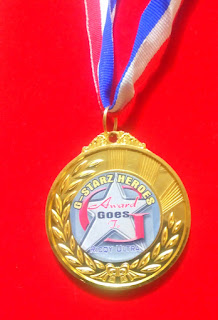 Hausa hip-hop rapper, Ricqy Ultra was awarded on the 25th of September as the G-Starz Heroes Awardee for his immense contribution towards the growth of hip-hop in Nigeria.

The award was presented to the artist shortly after his performance with uprising artist, GMA at Kano state, Nigeria. The event took place at Lamido Crescent, Nasarawa GRA and was graced by many Hausa hip-hop artists which include Dr Pure, Vibez Nation, NexceZz Beatz, K-Arrowz, Sonicman, Ahmad Ifan among others.

While been presented with the award in front of thousands of hip-hop supporters, the artist gracefully thanked the award presenters for recognising his goodwork and he pledged to do more to see the growth of music among the society and as a tool to curb violence, drug abuse and other negative vices.

Ricqy Ultra recently dropped a single titled NEVER SAY GOODBYE which is a tribute to late LIL AMIR. At the road-show, Ricqy Ultra called for a minute of prayer to be observed for the departed soul of the youngest Hausa hip-hop rapper in Nigeria. 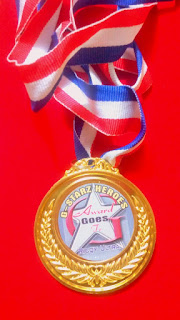