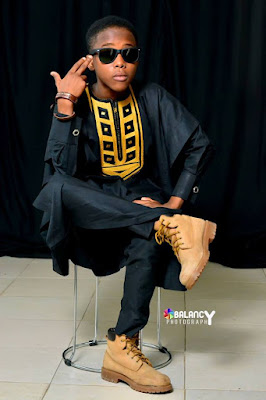 The youngster died after a car accident. He was immediately rushed to the hospital after the fatal accident but later died.

Before his untimely death, he released the visuals to his song BOSS which is trending on most TV stations. He was buried on Friday 15th September, 2017 in the morning according to Islamic injunctions at Tarauni Burial Ground, Farm Centre, Tarauni LGA of Kano State..

We all here at Hausa Hiphop and the entire hip-hop world are saying, may your gentle soul rest in peace, Amin.