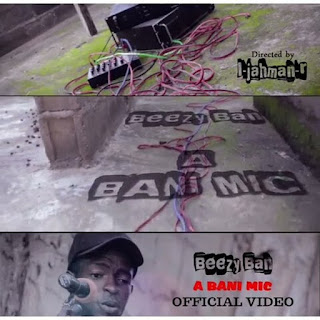 Beezy Ban is a fast rising artist who is creating a new gene in the fast rising Hausa hip-hop genre in Arewa.

A member of the Vibez Nation Crew, Beezy Ban drops this dope single titled "Bani Mic". This literally means "Give Me The Mic" and he never hesitates when handed over the mic.

Dropping this song is also a dope video attached to it. The concept of the vide is one that represents the real hip-hop tradition. With the visuals showing a typical underground setting,Bani Mic will be a stand-out track in the hip-hop playlist of those that love and listen to real underground rappers.