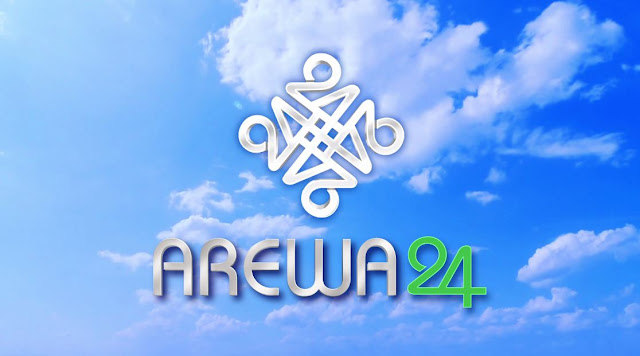 I wish to remain anonymous and let the whole world know about the philanthropic work AREWA 24 has been doing in the whole world most especially with regards to one of their most entertaining programs that relates to hip-hop.

It was dark times for the youths in Arewa. There has never been a time when individuals or any organization has come out to help change the orientation of the youth via television broadcasting until the arrival of AREWA 24.

Were such programs were arranged, selfish bigots come out with means to tarnish the mainframe of the project claiming that it guides the youths to unwanted moral misdemeanors.

Over the years, it is the same youths that have been used for political thuggery during pre and post-election violence. Most of these youths end up wasting the lifespan of their lives doing nothing. Unemployment has always been the order of the day. This is a true fact.

AREWA 24 became the only pioneering and leading free-to-air satellite channel to deliver a mouth-gaping miracle within the space of just 2 years. By the next 10 years, it will transform the entire Arewa youths in the world into a unified realm.

Entertainment is the only means by which information can be passed in this 21st century. This is the only medium by which the youths are engaged in positive thinking. We are all aware of other television channels that to some extent promote videos that contain nudity, drugs, obscene images, violence, crime and other negative vices. But AREWA 24 to my own knowledge is one channel that most families can watch hip-hop programs without blinking their eyelids.

There has been no single indigenous station in Arewa that has brought families together other than AREWA 24. The program H HIPHOP which is a program that centers on the youth has united a lot of families, friends, relations, neighbors and even a region. The package of the program is so unique that households can’t wait for the weekend to come.  Almost 85% of households outside the Arewa boundary which may include communities that have links to the Hausa language are loyal fans of the program. You may call them addicts if you wish but it is all about a matter of choice.

So many TV channels have been thinking of a program that will capture the youths. I do believe that AREWA 24 has the antidote already. All that remains is for the station to add up more programs that will entirely centre on the youths because they are the only age group that have the access to watch most digital satellite programs.

There has been a rallying cry calling for the suspension or removal of the TV program H HIPHOP. There has equally been hate speeches about the effect of hip-hop to the society been spread by uneducated authors who are suffering from malignant illiteracy. There was a time when the timing of the program affected the fan base of the TV Channel. Those calling for the shots have no basis whatsoever to call for such rickety action.
Never has there been a time where any hip-hop artist presented in the show has come out to promote crime, nudity, sexuality, hate speech, rape, or any negativity. We are well aware that not everybody is a saint, but majority carry the vote. Most of these artists promote peace, unity, true life experiences and what the society is facing real time. No music genre speaks for the masses and for the society directly like HIP-HOP.

Artists that have featured in over 80 episode of the H HIPHOP show which is anchored by AMINU ABBA UMAR (Nomiis Gee) are graduates, undergraduates, workers in other professions or still in pursuit of their educational/academic careers. Some are role models in the society and they have a voice.
Indications from experiences shared during interviews by these artists have shown that their parents have been against them stepping into the shoes of being artists. But on the long run, they finally give their blessings and they are quite impressed with what their children are doing when they see them expressing their God-gifted talents to the world via AREWA 24.

AREWA 24 is a channel for AREWA and not a channel for a particular STATE or LANGUAGE or REGION. Arewa as it may be to some don’t know that it has over 350 ethnic tribes. Being that HAUSA is the lingua franca spoken in this region, does not provide the basis for it to be a monopolized channel.
At this point, I wish to let the management of AREWA 24 to know that what is good for the goose is also good for the gander. Anything good comes with a lot of challenges. Keep up the good work. One way to help uplift the good work you are doing is to organize seminars, workshops, events or shows that will help these upcoming artists to guide those at their infant stage who are willing to embrace entertainment as a means of survival.

Make them ambassadors. Make them role models and never relent on your effort to promote the positive side of these talented and gifted youths who are determined to change the face of the world through music. All they need your support and I do believe that you have the support of the youths 100%.
As for the Hip-Hop artists, I implore you to do good songs that are meaningful, well documented and well rehearsed so that those disseminating the negativity of hip-hop will have no room for that. Promote the norms and values of AREWA through your music.

HIP-HOP is a culture. Let us stick to our own culture.  “Duk wanda ya bar gida, gida ya bar shi”. Likewise, don’t keep mute and watch the good works you are doing being destroyed by illiterates. Speak out and defend your profession. Stand as one body and protect your profession. These are my last words.
Published by HAUSA HIPHOP - July 14, 2016