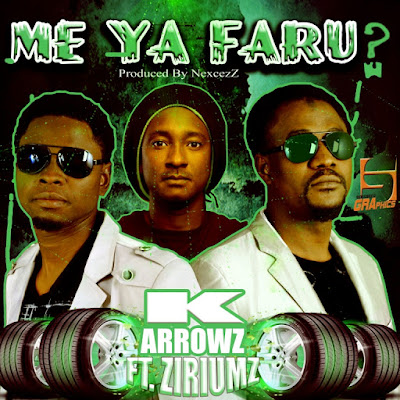 They have sailed across the deep tortures of Hausa Hip-hop for a very long time. They have navigated and survived the odds. And now they are asking ME YA FARU?

They have withstood a lot of pressure from the odd world of music. When they ask for answers, they never seem to get one.They keep asking them one question whenever they are silent for a while, ME YA FARU?

K-ARROWZare one of the fewest recipients in the New rising hip-hop genre HAUSA HIP-HOP. They are deeply and strongly indigenous when it comes to this particular genre of music. They were once a group of Six (6) until the group faded into just two (2) surviving members.

That is to tell you that hip-hop is not for kids. They are the true definition of Hip-Hop culture which is determination, hope and patience.

K-ARROWZ needs no further introduction. They drop their first official new single in the year 2016 titled ME YA FARU? ME YA FARU means WHAT IS HAPPENING or rather WHAT IS GOING ON in the literal English term. The song tells a deep story about life’s unfortunate happenings that seem to happen every single day. People don’t care about people. The golden rule of “love your neighbor as yourself” has vanished in the mind of everyone.

When people smile, all they ask is ME YA FARU? When they cry, people still ask ME YA FARU? This conscious rap song will touch you deeply when you listen to the song which has an expressive story line from K-ARROWZ themselves. 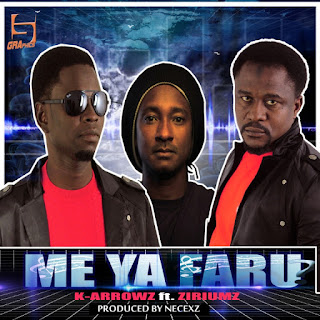 They feature another brother in the game who is among the pioneers of the Hausa Hip-Hop rap genre, US based and Kano born rapper, ZIRIUMS. With his recent visit back to Nigeria, the dread wearing artist hooked up with this duo to come out with this song.