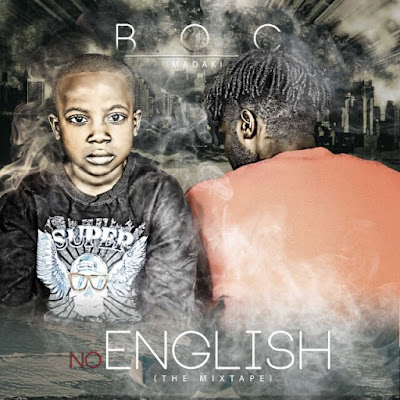 B.O.C (a.k.a Barde Ogan Chasu) who is an artist based in Bauchi State is among the top rated artist in Beehive and beyond. He recently unveiled the album art and tracklist to his much-hyped Mixtape Album titled NO ENGLISH. The album is a 17-track album with exclusive features from DJ AB, Morell, BHP, Khriz Flames, Lemuel Knight, Idreal, Shambee Puzzle, Stesh and Black Blinx.


The song has some hits which include Good Morning, Bindiga, Zafi and his last single titled KING KUNTA. This album is surely a banger and i bet it will remain on most playlists of hiphop lovers for a long time.

Before the drop of the much talked about album, the artist himself recently testified to the theft of the project but he believes that now is definitely the right time to let go of the project.

The project is blessed with special touches from his producer C-MAN.