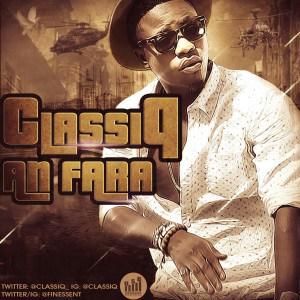 The finesse entertainment signee, the Hausa HipHop heavy weight who earned his place on the raving hit single King Kong by Vector; ClassiQ is not taking a chill pill anytime soon apparently. His ferocity on this ill laced joint produced by XBeats he calls “AnFara” which means “it has begun” dissipates any doubt on who runs the game in the Hausa indigenous rap genre.
Music is a universal language and this one will communicate to you clearly the imminence of a king. Indeed a new king is found. Call it a warning To Whom It May Concern, you won’t be wrong. New sound, fresh bars unparalleled by anything you’ve ever heard. Quit the wait, let it begin. Download. Spread the word.
DOWNLOAD
Published by RICQY ULTRA - August 09, 2015